The Tears of Elios

Gregor Meritis knows he’s inviting trouble when he helps a wounded shape-shifter—especially when the law of the land is to kill them on sight—but he can’t pass up the opportunity to study one before they become extinct. She disturbs the quiet order of his scholarly existence, vexes him in more ways than he can count, and encourages him to break enough of the kingdom’s laws so that not even being the king’s cousin will save his head. When she challenges him to join her on a quest to find the legendary Tears of Elios, he discovers magic far more powerful than he’s ever imagined. But once he unlocks their secrets, will he be able to use their power for good? Or will he let them fall into the hands of a tyrant who’s out to destroy all non-humans, including the shape-shifter who’s captured his heart?

An epilogue was written for my readers who asked what happens to Kira and Galen.

“The first thing that came to mind upon finishing this book is ” Holy Crap! Is that it?!”  I did not want this book to end. It was such a riveting read that I read it in a day… simply put it grabs you by the boot straps so to speak and hauls you into the story until you are helpless but to keep turning the page until you find out what happens.” 5/5 stars

“This was a riveting tale of two couples and an amazing tale of Elgean and it’s inhabitants.  I hadn’t heard much about this book… but I was certainly impressed.  This is a quick read as the story just flew by.” 5/5 stars

“How Ms. McHugh managed to weave together a story of not one but two couples and give them all more than enough length and breadth is beyond me… A master story-teller, Crista McHugh takes you into both couples worlds, lives, and thoughts and you enjoy every moment of it.” — 5/5 STARS

From “I Smell Sheep”:

“I was blown away by the creative world Crista has compiled in her novels. It takes some new ideas about magic and mixes in old folklore and other more traditional ideas… it’s definitely one that the young adult crowd would also be able to dive into.” 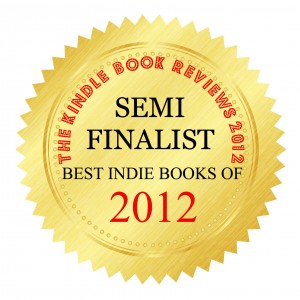